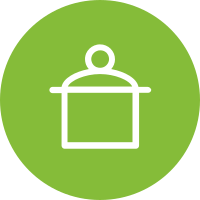 Once upon a time I bought Chinese food. We were young and we’d only ever buy it when there was something to celebrate because, well, it isn’t always the cheapest to buy. You know the drill, set menu for 4, it would arrive in a giant cardboard box and the smells would just drive you crazy. Well, one day, the very kind owner of the takeaway put in a free portion of salt and pepper pork and I’ve been addicted ever since.

At £5.90 a portion though (and a small portion at that) I’ve spent the past few years trying out different recipes and..I’m ashamed to say...asking Mr Chow for the recipe...which he refused. Well. After years of experimentation and a lot of swearing I’ve figured it out!

Notes: you can also make this with chicken wings instead of pork.

The secret is to double fry the meat but keep a close eye so it doesn’t get burnt.

Seasoning with salt and pepper is fine but if you can dry fry the veggies at the end you’re onto a winner. By dry frying I mean using very little oil in the pan, maybe less than a tea spoon to make sure our final dish isn’t sopping with oil.

I wonder what other recipe mysteries there are out there to be solved...

Slice the pork into thin strips and add to a bowl. Add the soy sauce, eggs and flour and mix well until everything is evenly coated. 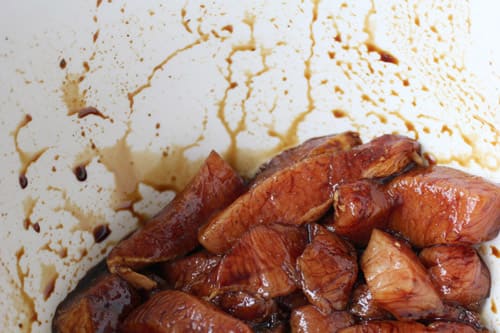 Heat up your pan and shallow fry the pork until lightly golden brown then removing them. Resist the urge to stir or mix! Otherwise the coating will fall off and go everywhere. I take them out onto absorbent towel and wait until the oil heats up again before frying them a second time over. This is what makes it nice and crispy. Take them out again and leave them to the side. 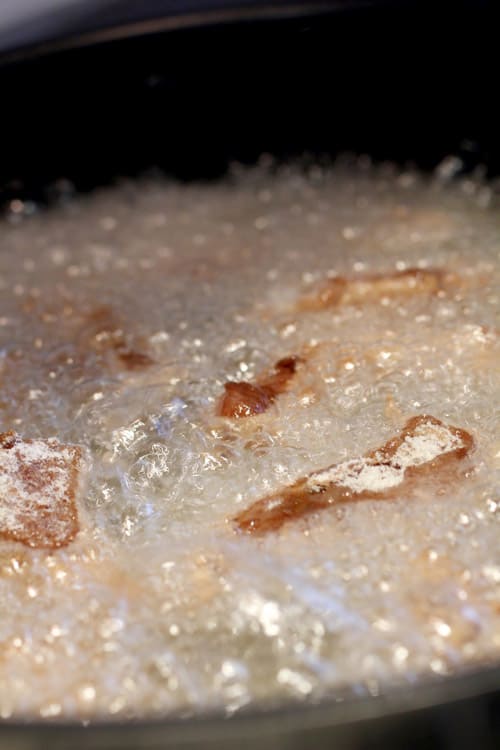 Dry fry all the chopped vegetables and the basil leaves before adding the meat back in and liberally season with the garlic salt and pepper. Serve! How easy was that! This may mean my local Chinese might go out of business but up to now I think I’ve been putting their kids through university with the amount I’ve spent there.