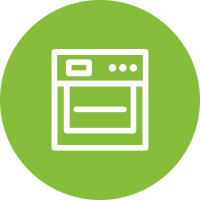 First, roast the beetroot. Pre-heat the oven to 220C. Toss the beetroot wedges with olive oil and seasoning, then spread out on a baking tray. Roast for 30-40 minutes, turning occasionally, until tender to the point of a knife and caramelised around the edges. Set aside to cool. Lower the oven temperature to 160C and toast the walnuts on a baking tray for 10 minutes, then set aside. Return the oven to 180C.

Meanwhile, make the chutney. Put the sugar, sultanas, vinegar, ginger, capers, red pepper flakes and seasoning in a medium saucepan and bring to the boil. Simmer for 5 minutes, until reduced and syrupy. Add the rhubarb to the pan and cook, swirling the pan occasionally, until the rhubarb is tender. Set aside to cool while you prepare the duck.

Make the duck glaze by putting the whisky, maple syrup and sugar in a small saucepan and simmering for a couple of minutes until thick and syrupy. Set aside. Heat a large, non-stick frying pan over a high heat. Make four slashes in the fat of the duck breasts with a sharp knife, then put in the pan skin side down and sear for 3-5 minutes or until the fat is dark and crispy. Put the breasts on an oven tray, skin side up, and brush the skin with some of the glaze. Cook them in the oven for 8-10 minutes, depending on how rare you want them (you can make a small cut in the middle of one of the breasts to check, remember they will continue to cook a little as they rest). When cooked to your liking, remove from the oven and brush with the rest of the glaze. Leave to rest for 10 minutes.

To assemble the salad, toss the beetroot with the walnuts and leaves. Whisk together the hazelnut oil, mustard, vinegar and some seasoning to taste, then toss with the salad. Divide between two plates. Serve the duck breasts, sliced and brushed with any remaining glaze, along with the salad and rhubarb chutney.