"All the fireplaces in our flat had been ripped out. The living room one had been replaced with an ugly, if very efficient, outset gas fire. Here’s a very bad picture of how it looked when we moved in."

We suspected that the original Victorian hearth was probably still under the carpet, and asked the landlord if we might expose it. We were right, there were lovely dark green glossy tiles (well, they were lovely and glossy once we’d given them a scrub to remove decades of dirt and spatters of paint). There were a few cracks and half a tile was missing in the corner, but the hearth was mostly intact and looks good. 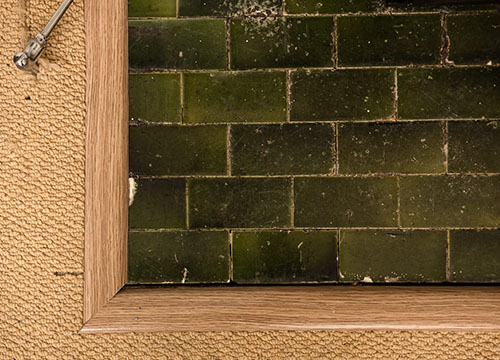 We secured the cut carpet with some wooden edging, and bought a second hand fire surround on gumtree to make a mantelpiece and complete the look. Here’s how it looks now. 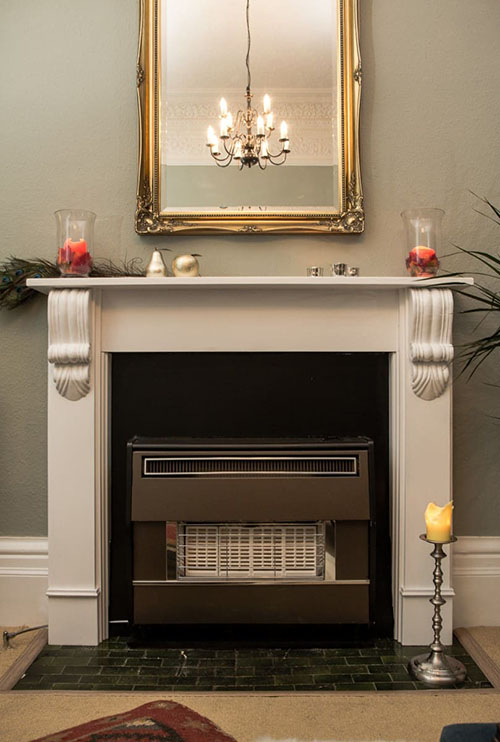 None of our changes affect the working of the fire, and none are permanent (the fire surround is secured to the wall with a couple of screws), so they’re an ideal rental makeover. Our landlord is pleased with the new look, as he is all in favour of the original features (they’d been removed when the building was first converted to flats, before he bought it). It was also an inexpensive makeover. The fire surround cost £80 (it was actually new and unwanted), the carpet edging £16. The paint we already had from other projects, just black and white satinwood, and the infill between the surround and the fire is just a piece of 6mm ply wood cut to size.

Now for something more ambitious.

My sister also lives in a rented home, a large farmhouse in the middle of nowhere in Shropshire, at the end of a mile-long track that seriously challenges the suspension of any vehicle smaller than a Landrover. She and her family (which also includes my mother and grandmother, in a four generation extravaganza) keep pigs, grow their own food and generally live the good life. I’d like to think I am the Margo Leadbetter in this scenario, but sadly I can never be Margo. I’m just too scruffy.

Anyway, the circumstances for renters in these types of country properties tend to be somewhat different from those of us in the townie private lettings sector. My sister’s home is owned by a landowner who rents out vast swathes of the area, both as agricultural land and properties. Many of his tenants will be very long term.

The farmhouse needed a lot of updating, not least the plumbing and heating. The living room had a relatively small open fire when they moved in. 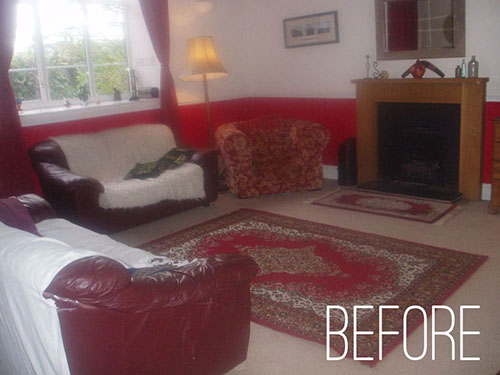 They realised from the thickness of the wall that there was likely to be an inglenook behind it, and they discussed a dramatic overhaul with the landlord. Here’s the work in progress… 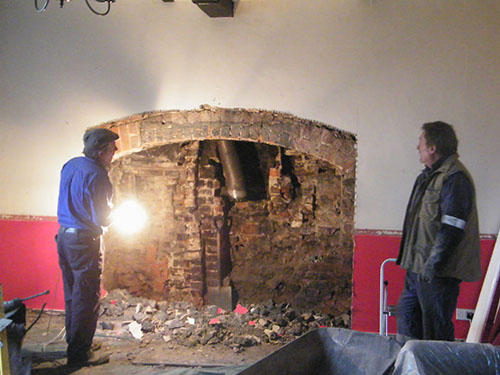 …and here’s how it looks now. 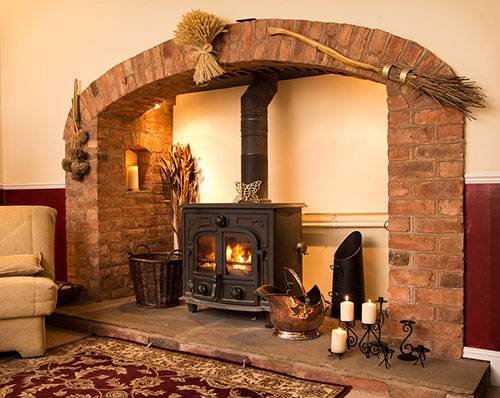 The wood burning stove is vastly more efficient for heating, and has a back boiler which heats the household’s water. The family came to an interesting arrangement for financing the work. The landlord agreed to pay for the building work and installation, while the family is paying for the stove on a scale based on the length of their tenancy.

If they are there for five years or more, the family pays for the whole stove, if they move out before five years, the landlord will pay a proportion. The arrangement is based on the benefit that each participant gains from the new fireplace. Though in fact, my family say that either way, the stove has already paid for itself compared to the previous years costs of heating the house with kerosene. 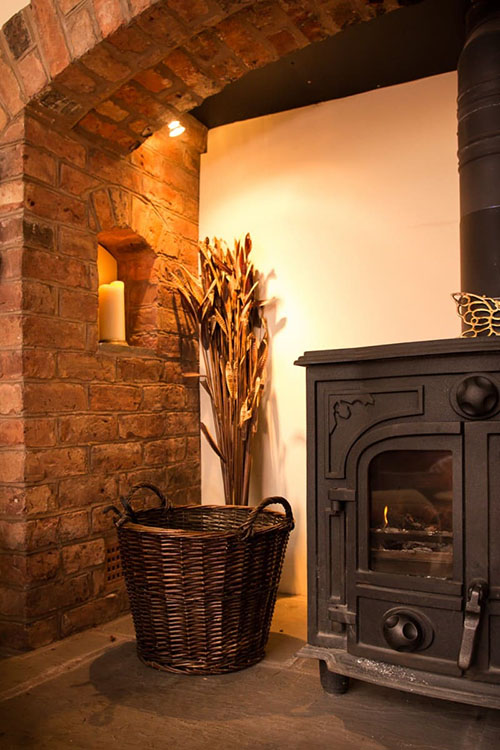