"With the price of food still rising, I can understand why more and more of us are starting to switch supermarkets, collect coupons and chase deals to make the weekly food bill a little bit easier.  What I don’t understand though if why people still buy bit of chicken rather than a whole one.  A box of thighs, a box of drum sticks, all of them are considerably more expensive than buying a whole chicken."

Obviously, until we get a chicken that can provide us with 14 drumsticks in one go there is a need for the mega-drumstick-deal box.  But it’s not just which piece you prefer.  A chicken breast from a box is a lot smaller and thinner compared to a chicken breast you can take off a whole chicken.

If you’re on good terms with your butcher then you can always ask him or her to joint your chicken for you, but so far, I haven’t seen any supermarkets offer this service.  So, here’s an easy guide to how to joint your chicken in less than two minutes.  All you need is a sharp knife – so please be careful! Remove the elastic string stuff from the legs and discard. 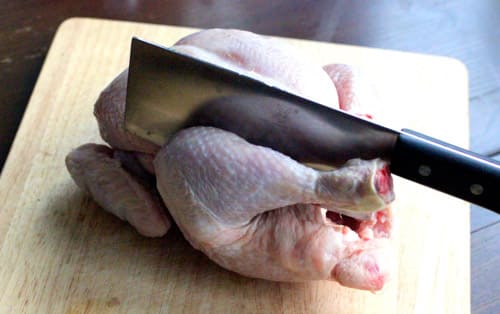 Cut between the thigh and the breast, following the natural line. 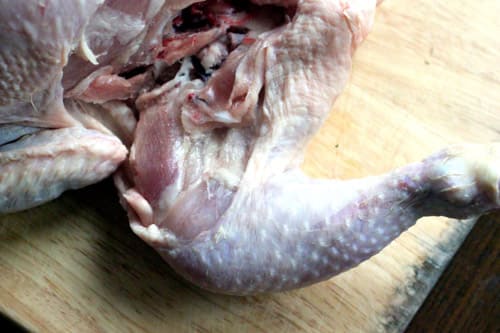 Push out the thigh until you feel/hear/see the bone pop out then use the knife to cut cleanly through. 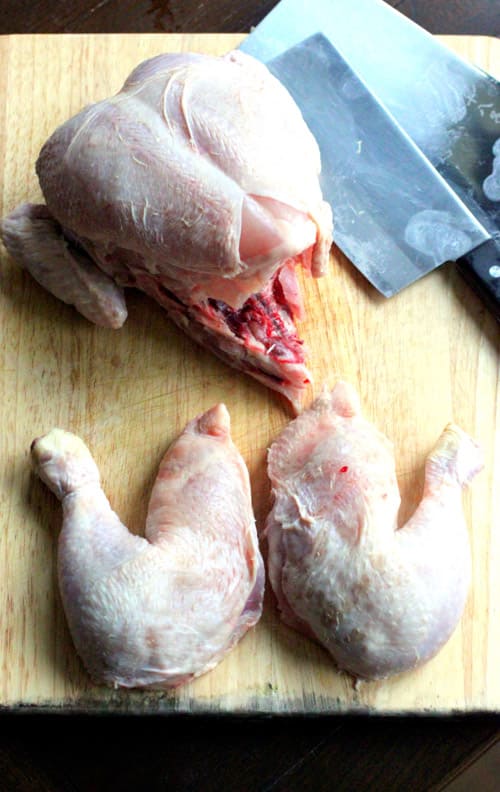 Do the same on the other side and voila, two chicken thighs ready for cooking. I always cut off the end of the drumstick but that’s just personal preference. I think it looks better without it so cut through the joint and discard (or keep to make your own chicken stock!  I’ll show you how some other time!).

If you want to separate the drumstick from the thigh find where the joint is and cut cleanly through, skin side down. Grip firmly as the skin can sometimes make it slippery. For the breast, resist the urge to cut straight down the middle of the breastbone and instead find where the flesh and bone meet, cut through and down – the breast and wing will come away easily. Do the same on the other side and discard the remaining bone. Separate the wings at the joint. That’s it!  How easy was that?  Bag up the separate parts and stick them in your freezer for when you need them.  Freshly butchered and with more meat per portion.  Next week, I’ll show you how to skin a moose (if Kimberly lets me!).