"Since my last article concerned wielding power tools and getting wild with walls, this time I’ll look at something a bit less involved before we get on to some intense DIY projects in the coming weeks!"

So, recently I’ve been agonising over what to do with my old Welsh dresser. It came with me from the cottage, though it never quite fitted in there, as it wasn’t hugely countrified. But is it too rustic for a Victorian townhouse (well, one floor of a Victorian townhouse)?

The dresser is a hand-me-down, a cheap auction find that my mother didn’t want when she moved house. It was stained dark wood and looked a bit dingy with all the carving and iron hardware, so I painted it in Farrow & Ball’s Card Room Green. Here it is decked out for Christmas in the cottage: 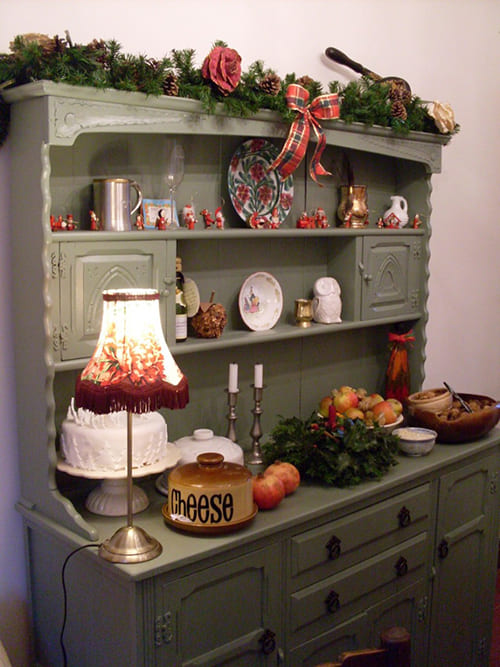 It fits neatly into an alcove of the flat’s living room, which nicely defined the dining area by providing a backdrop to the table. But since we moved it’s been loosely arrayed with a load of clutter that I eventually planned to move elsewhere: 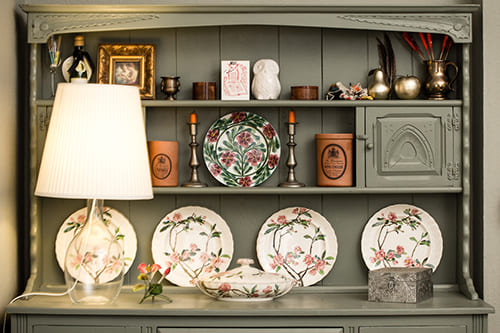 I thought and thought about what to do (and added endless images to my Pinterest boards in the hope of finding a solution). Did it need repainting? New hardware? Should I sell off the antique Davenport plates and tureen and replace the lot with a new set of china?

After putting it off for months while gazing dolefully at it from the sofa, I cracked one evening and pulled everything off the dresser, got out all my items of dinnerware, and just played around. I experimented with various combinations and arrangements, and now it looks like this. 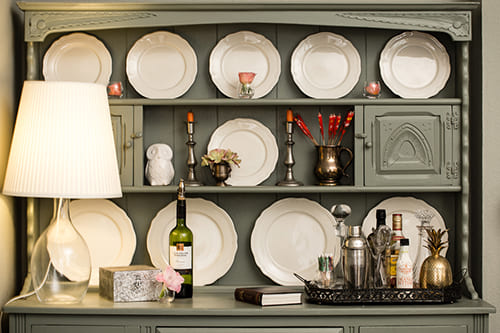 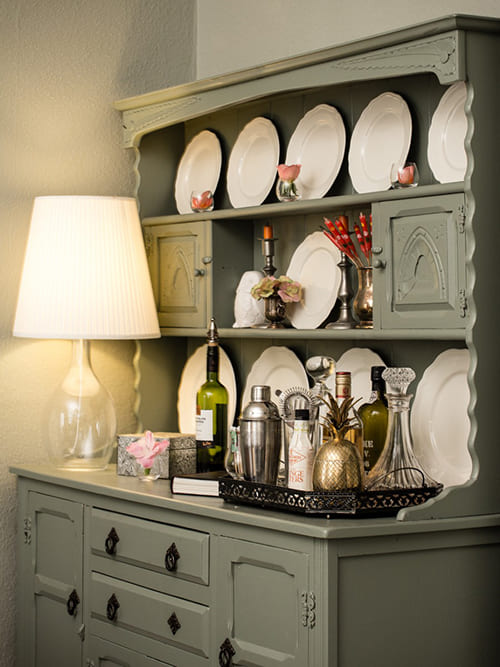 I much prefer the look of the matching dinnerware (it’s only Ikea stuff, but it looks pretty smart laid out like that), and the overall effect seems to give the dresser a much-needed touch of elegance. The carving and the hardware have a pleasing chinoiserie look to them, which I think fits the flat much better than it ever did the cottage. 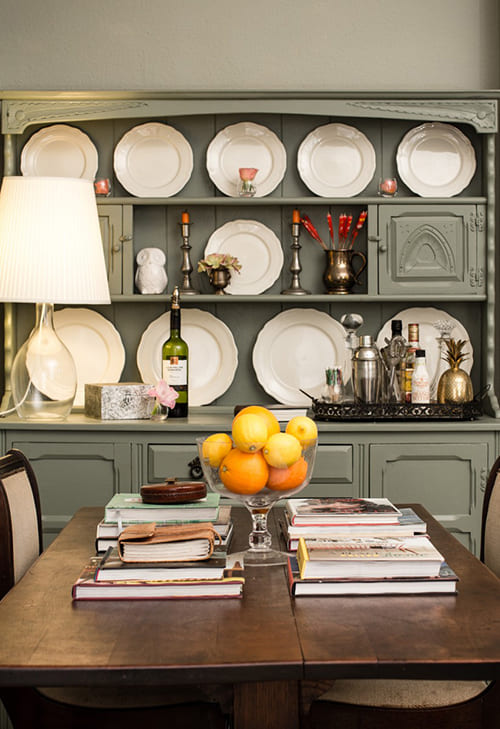 It was a pleasing experiment. I anticipated having to make drastic changes to the dresser but in the end it was easy and, best of all, cost nothing! 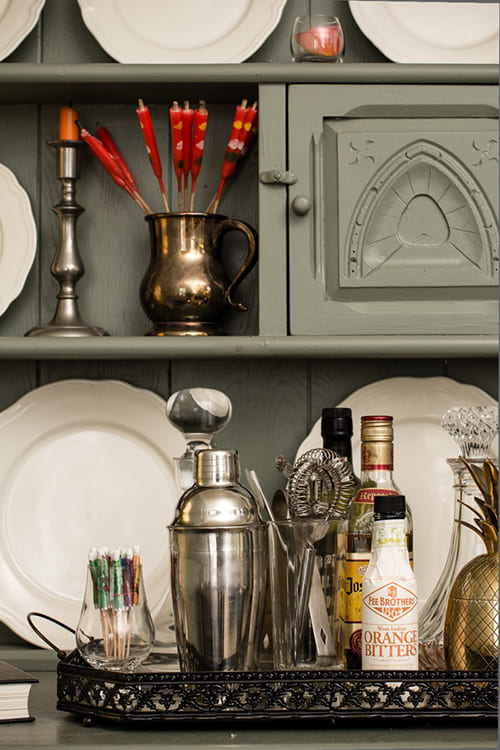 Why not give it a try in your home? Move objects around, try them in new spaces, dig out plates and glasses that are tucked away in cupboards. And don’t think too much! Planning is hugely important for things like paint or wallpaper, but when it comes to the little details I achieved more in a couple of hours of pottering and placing than I did in weeks of musing. Sometimes you just need to get off the internet and get into your home…