When Rock n Roll Bride founder Kat Williams bought her dream house with her husband in the summer of 2017 it needed everything doing to it:

“It’s scrappy around the edges but such a beautiful place, we will be renovating it from top to bottom for, oh, probably about the next ten years!” 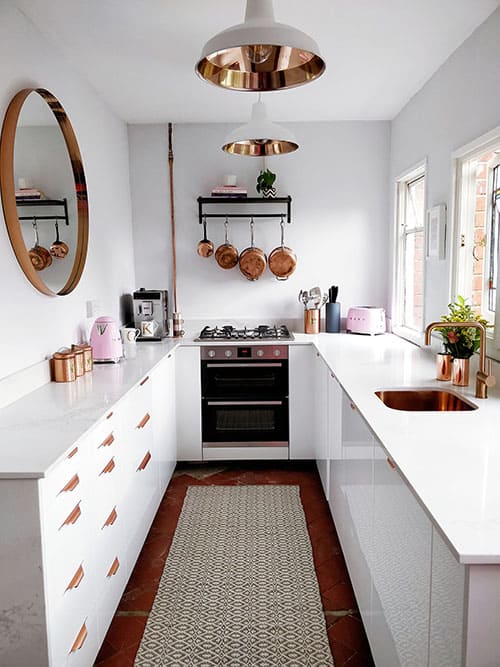 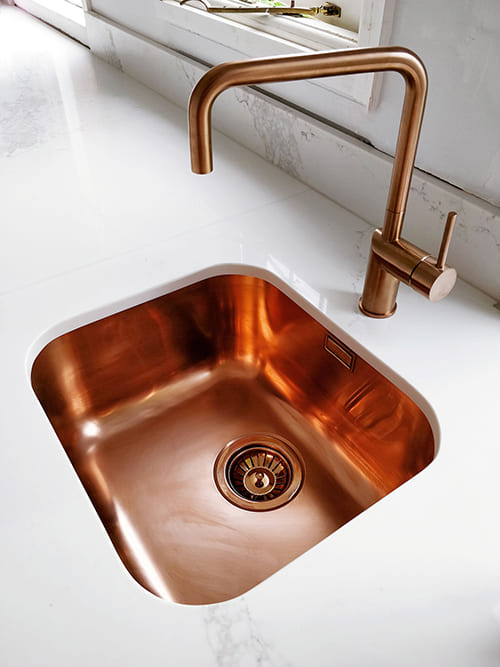 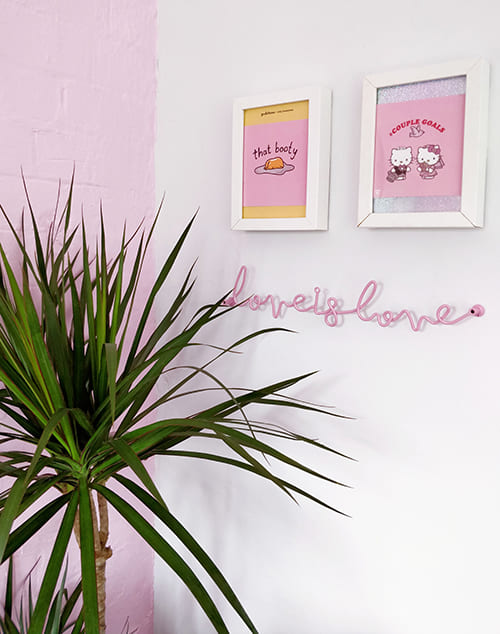 One of the first rooms they decided to tackle was their kitchen:

“The kitchen was ABSOLUTELY the worst room in the house. As soon as we first viewed it, we were like “This has GOT to go!” Its a small kitchen for the size of the house, 5 x 2 metres, and although we’d eventually like to get a big extension for a more open plan cooking/eating space, our budget right now meant giving the current footprint a facelift was much more achievable.”

They wanted to make the space feel bigger and more usable:

“Making the space work and make sense was important as well as brightening it up so it felt as big as possible. We also made very conscious cohesive colour and theme choices so it felt more like a finished, workable kitchen, not a grimy after-thought in a student flat!” 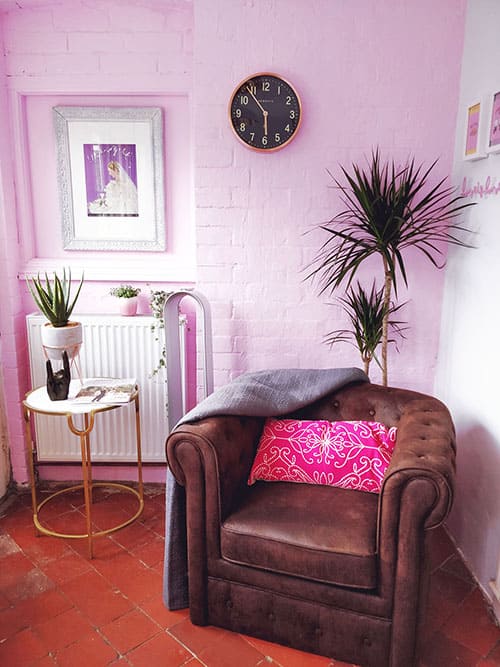 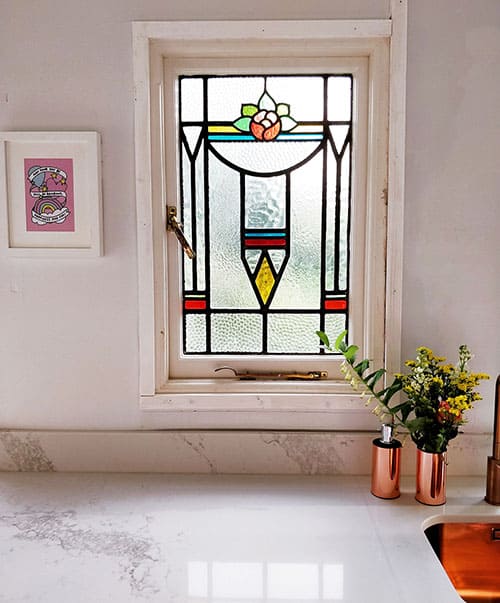 As they undertook all of the work themselves, it wasn’t without challenges:

“Gareth had to teach himself to brick lay (to block up the second back door) and plaster which was an interesting experience! It’s not the BEST plaster job in the world, I ain’t gonna lie, but needs must when you’re on a tight budget!” 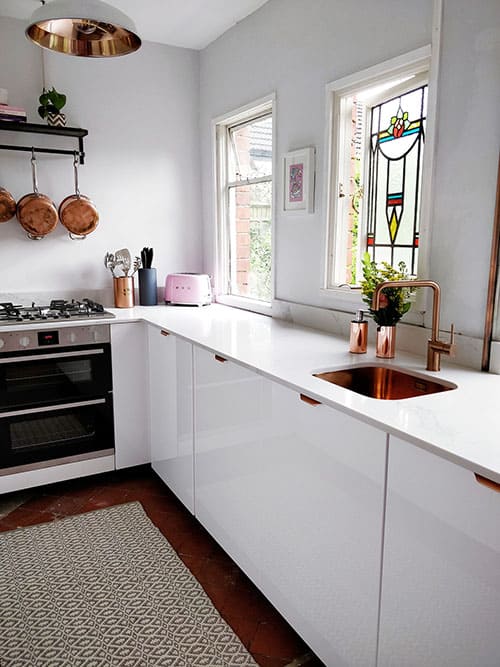 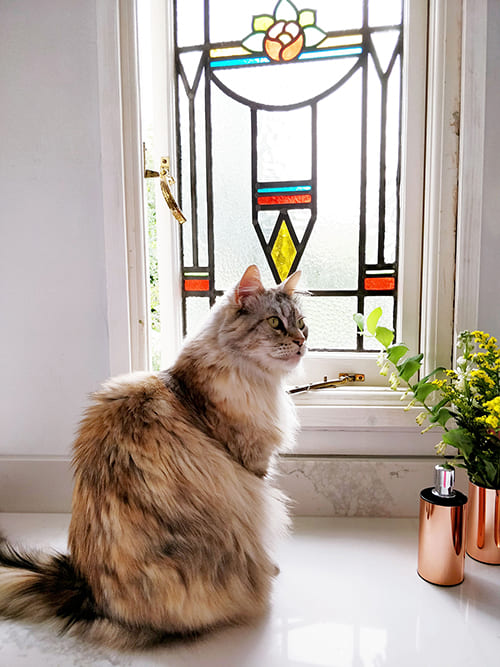 They also had problems with their worktops:

“We were meant to be working with a local company to fabricate and fit them for us but at the last minute they told us they couldn’t do it! LUCKILY, we found another local firm who went above and beyond to get it done in time for us. The worktops are now so beautiful so it was all worth it!” 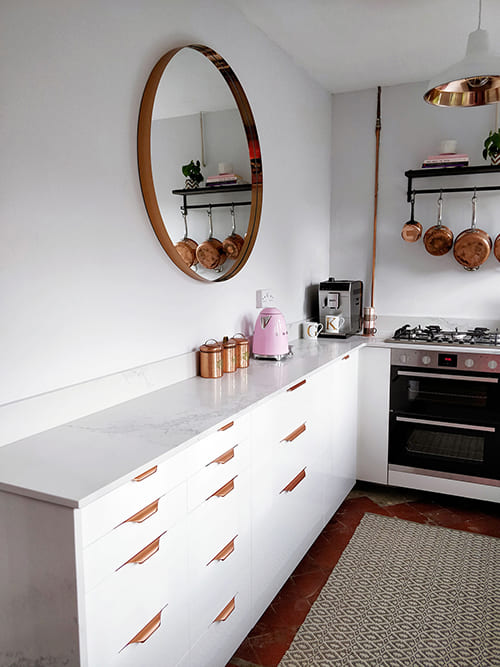 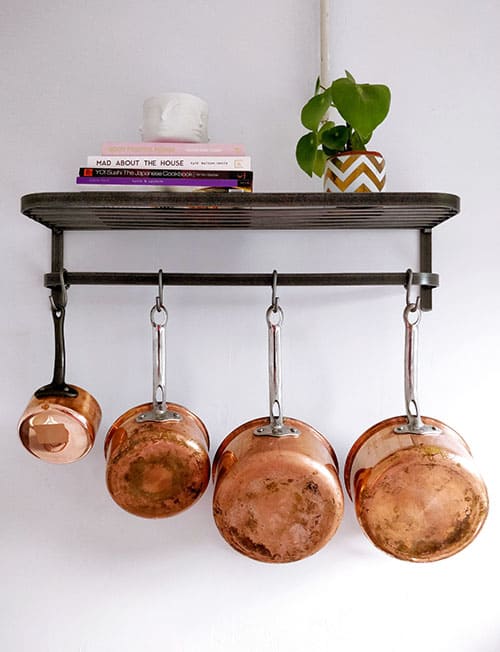 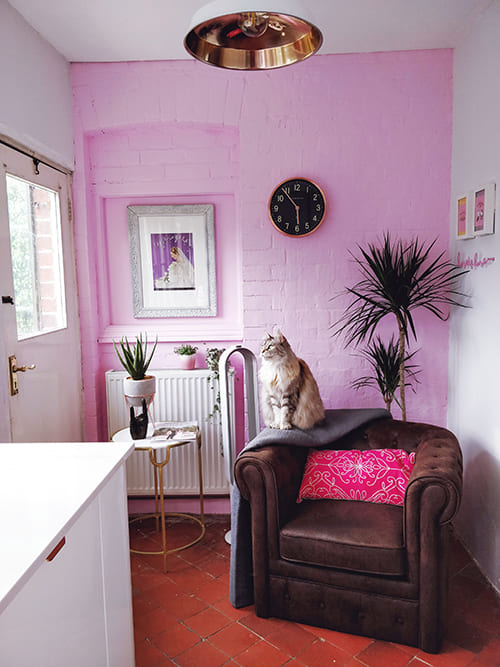 They replaced their appliances including the oven and hob, managed to fit in a dishwasher and swapped their washing machine for a washer dryer – ideal for saving space. 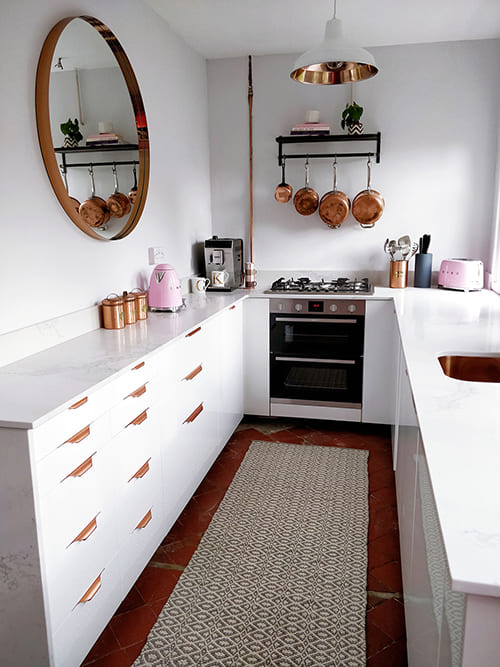 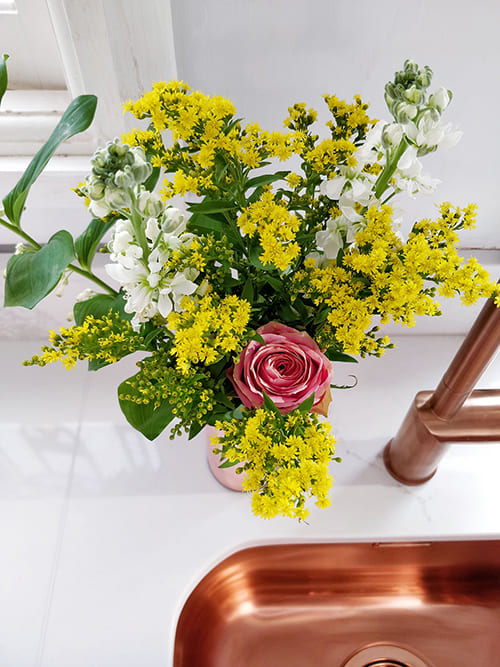 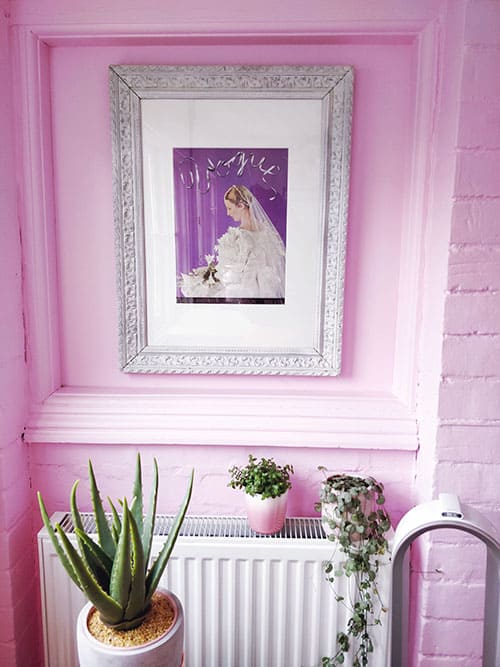 Kat said she took inspiration from Pinterest, looking into other small kitchens:

“Lightening everything up seemed to be key as well as getting rid of the top cupboards so the space felt much wider. We also put in half sized units on the left so the gangway was roomier as well. Our colour inspiration was white, copper and splashes of pink!” 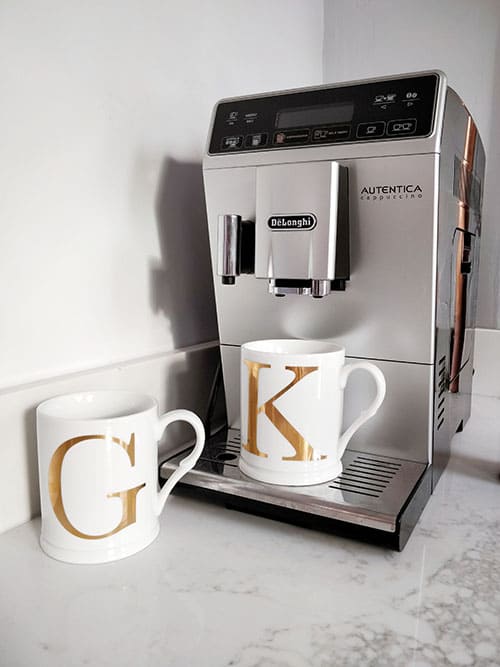 We asked Kat to share her top tips for anyone planning a kitchen makeover with us:

What do you think of Kat’s kitchen? Are you inspired to go bold with colour like she did?

All images copyright Kat Williams and used with kind permission.