It’s treat time and I hope you’ll like what I have in store for you today! After making my vegetarian and rather healthy Apple and Goat’s Cheese Tartlet, I felt like indulging in something sweet and just a little bit naughty.

A Savarin is really a yeast-based cake and is not traditionally made with baking powder, but who has the time to wait 10-or-so hours for the yeast to rise? My mum used to make one (the yeast version) for special occasions during the warmer months of the year and I remember the Ooohhhs and Aaahhhs when she would bring it to the table. Actually tasting it only came later for me because maman used to be rather strict when it came to children and alcohol.

This is a Savarin which I have topped with some lightly whipped cream and fresh berries. It’s similar to a Rum Baba, but doesn’t include any raisins and I have used whipped cream instead of a crème pâtissière. It will serve 4 people and I think it looks good enough for a celebration. If you were to leave the cream out, this cake is very low in fat as there’s no butter involved apart from greasing the mould.

A little word of warning though: due to the rum syrup, this isn’t really suitable for small children.

For the rum syrup:

Preheat your oven to 200C (180C fan) and grease the mould with butter. Make sure to be generous in order to avoid the cake sticking once it’s baked. Separate your eggs and put the yolks, sugar and flour in a mixer. Mix together until all combined. 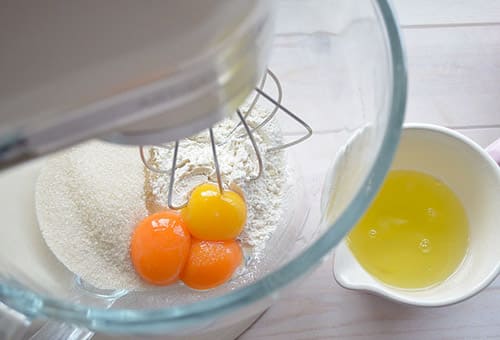 Using another bowl, whip the egg whites until stiff. 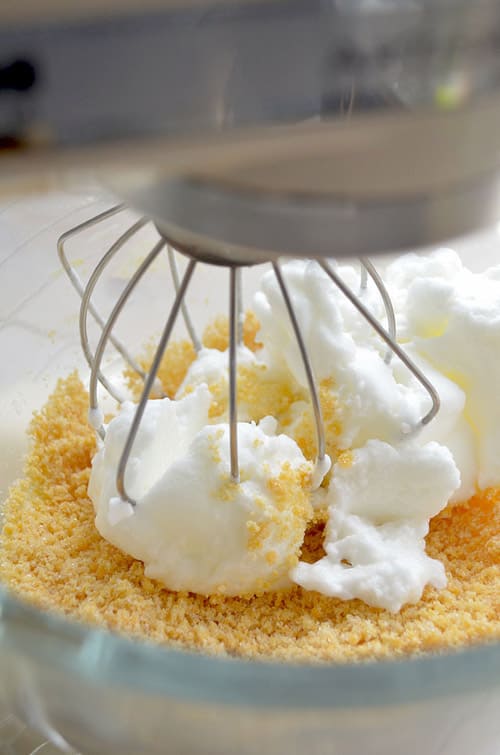 Pour the batter into the mould and bake for about 20 minutes or until golden.

About 10 minutes into the time of the cake being baked, pour the rum, water and sugar into a small pan. Bring slowly to the boil over a low heat. Just as it starts to boil, take the syrup off the heat, stir and pour straight away over the hot cake. 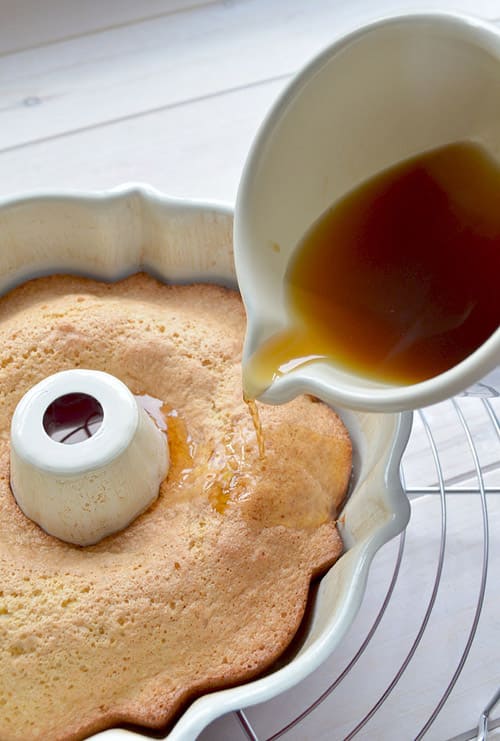 Leave to cool down completely inside the mould. After the cake is completely cooled, turn out onto a plate or cake stand. Lightly whip the cream (you can whip it until stiff, but I think the lightness works better with this cake) and pour into the middle.

Top with the berries. You can, of course, have some more cream and berries on the side to serve.