It wasn’t exactly love at first site when Carole King, joint Editor-in-Chief of Heart Home Magazine and interior design blogger at Dear Designer, clapped eyes on what was to become her holiday bolt-hold. The grounds the cottage sat upon were stunning but inside, it was more “ex-local authority high rise” than luxury country cottage.

The Norfolk grounds, however, were stunning and while the grubby green carpeting, cheap pine and scuffed magnolia walls needed attention, Carole, an interior designer by trade, could see the potential. The layout was poor, with a large fridge freezer that imposed itself on the small space and a huge, floor-standing boiler. The combination of these two pieces alone made the kitchen feel cramped and the boiler rendered an entire wall unusable. There was certainly work to be done to make the most of the small space. 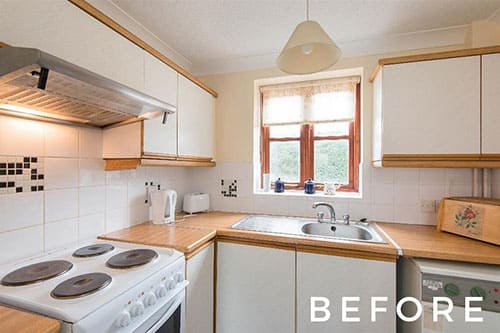 Carole and her partner spent months travelling the 100-mile round trip from London at the weekends working hard to create their holiday home. A year later, it has become a welcoming country cottage, befitting the fantastic lake-side location which they rent out when they aren’t there to enjoy it themselves. 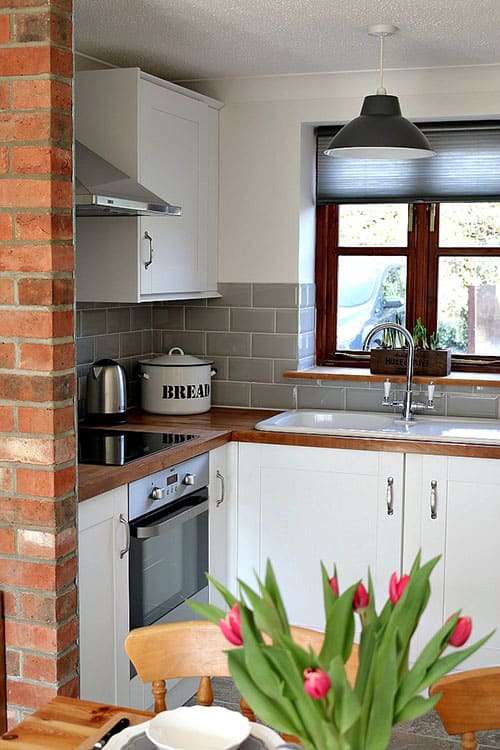 “Even with a limited budget, it was essential to create an interior that would be as welcoming in winter as it was in the summer months. I wanted to enjoy the inside too, and had visions of curling up on the sofa with a book, or enjoying a hot bubble bath before sinking into a comfy bed.”

For the kitchen style, Carole was inspired by the cottage itself and its green surroundings. “It’s a country cottage – although a not very old one. I wanted the new kitchen to reflect this but in a modern way.” 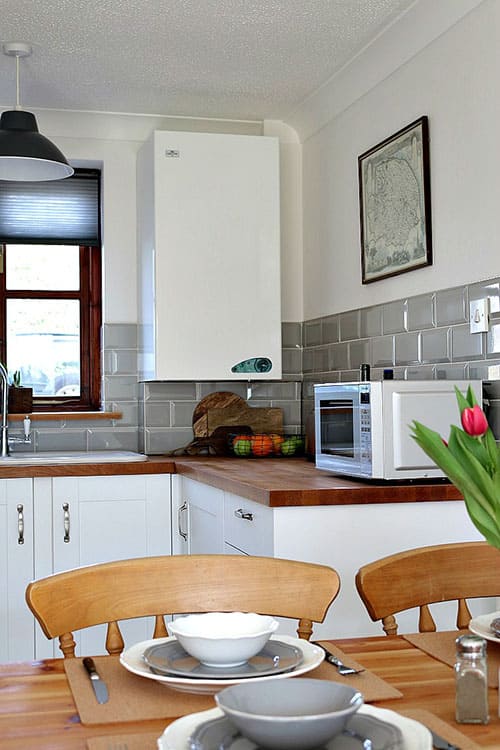 The boiler was repositioned on the wall to make space allowing Carole to change the layout from an L-shape to a U-shape and she chose built in appliances to compliment the airy, open plan look.

“Built-in appliances made the kitchen more streamlined, and in this case, hiding the fridge/freezer made the space much more appealing when viewed from the living room.” 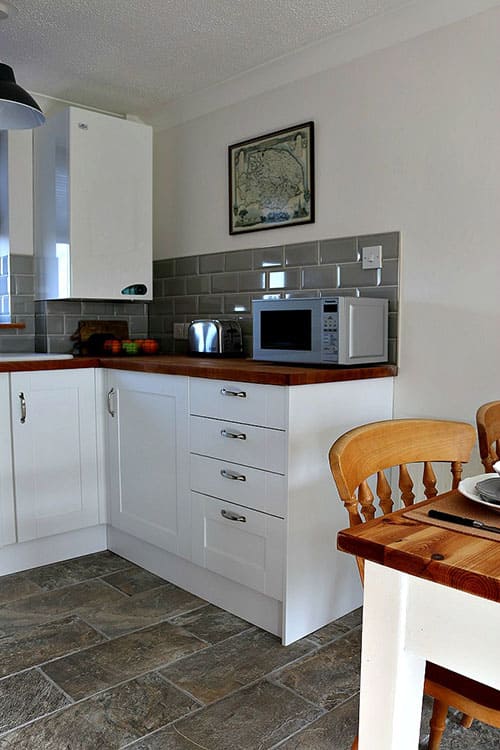 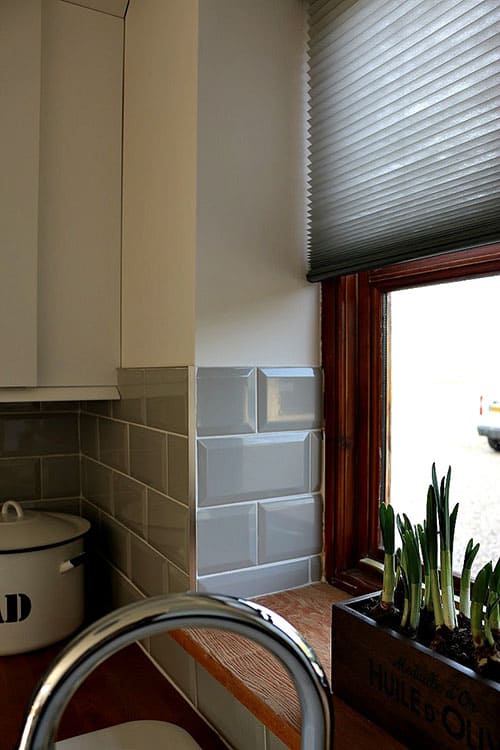 “It’s open plan to the living/dining area too so it had to work with the furniture and style I was planning on using for the rest of the cottage. Anything contemporary or glossy would have looked out of place.”

Accessories including wood chopping boards and boxes, wire trays, tin jugs and a vintage map of the area gifted by a friend brought this country cottage up to date and gave the kitchen a warm and airy style. 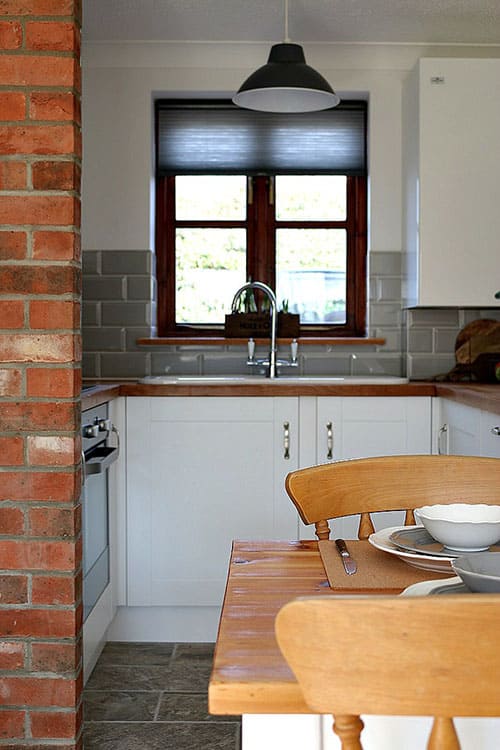 Her favourite aspect of the new kitchen? “Making the layout U-shaped instead of L-shaped actually makes it look larger even though we now have more cupboards. I’m also very pleased with its overall look and it gets lots of lovely comments from visitors.”

All images copyright Carole King and used with kind permission.