"When my husband and I bought our house in 2004 we were seduced by the well proportioned rooms, high ceilings and all that space… Somehow we ignored the fact that the house needed an awful lot of work to make it even remotely liveable and very soon our small improvement loan disappeared before had a chance to do anything about the small and remarkably ugly kitchen. So ugly that no photos of it exist, anywhere!" 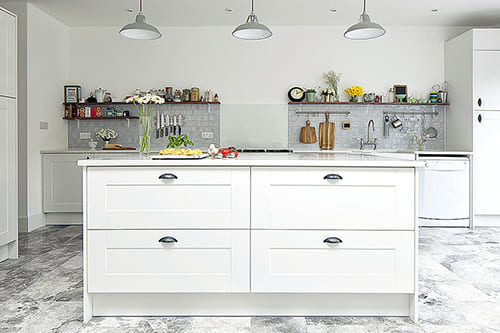 It look ten years before we managed to save enough to finally embark on our dream kitchen project! It quickly became apparent that we couldn’t realise this dream alone, and so we enlisted the help of Kate, who is the force behind 102 Interiors.

It felt like a momentous step forward when we finally sat down with her to discuss our requirements. Top of the list was… more space! The old kitchen was the smallest room in the house so the first step was to knock down the dividing wall between the old space and the (largely unused) dining room. We also decided to extend sideways and take advantage of the side return. This created a massive space to play with and with that taken care of we started to discuss what the kitchen should look like.

Endless discussions and a Pinterest board or two later, we finally settled on simple shaker style units and a clean look of white and very pale grey. I was also very keen a big island where I could prepare my bakes and I asked for as much storage as possible to house my endless collection of props. I also wanted some hanging open shelves instead of over the counter cupboards – not least because I’m short, so using those cupboards has always been a problem for me! 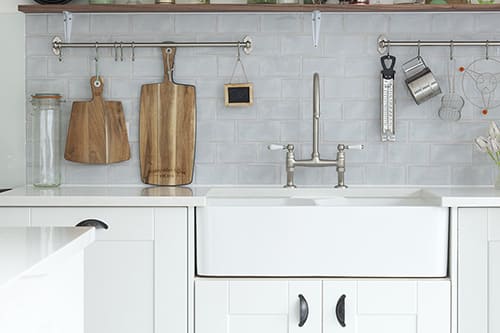 The makeover process took a total of 6 months, during which time Kate’s team created a fully functional temporary kitchen in our living room – complete with sink and oven. The first three months were devoted to the heavy duty construction tasks such as knocking down walls and ripping out the old units and flooring. It was a very exciting and exceedingly dusty time! Once the room had a roof, newly plastered walls and the large folding doors to the garden were installed, we could finally start making decisions about units and flooring. This process took a long time – we visited friends and neighbours and chatted kitchens with them, we made repeated trips to Ikea and kitchen company showrooms. In the end it came to what we could realistically afford. We decided to go with Ultima kitchen units, which were within budget, and spend more on the counter tops (Jetstone) and flooring (marble tiles from Stone Deals). 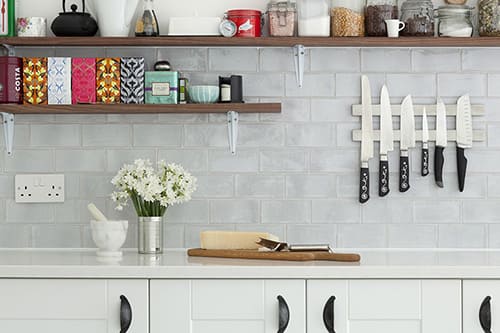 Once the units were in, we were finally down to the fun stuff such as choosing tiles (from Fired Earth), fixtures and appliances. We intentionally left a big space to house an American style fridge-freezer, which was on my appliance wish list ever since I started blogging. This Beko fridge freezer has been the icing on the cake in our dream kitchen. Not only is it large enough to house enough groceries for a family of four, it has ample space for my exotic (and not so exotic!) ingredients when I’m developing recipes. And, the feature the entire family is over the moon with is the water and ice dispenser. The kids are finally able to help themselves to water and we have enough ice for all our cocktail experiments! 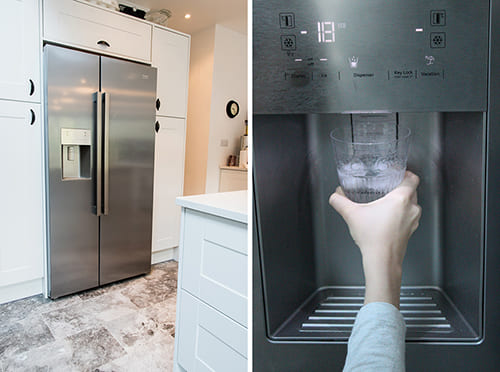 Remodelling our kitchen has made an enormous difference to our lives. It’s now the room we spend most of our time in – a dream that has become a reality! 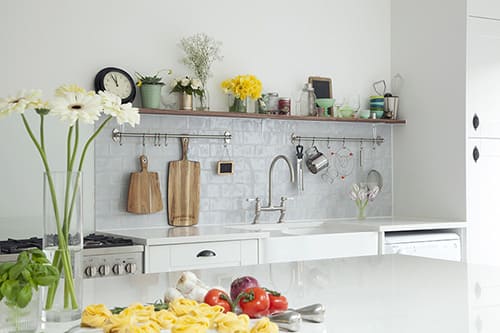